Posted by Trimble SiteVision on December 20, 2022

Providing centimeter level accuracy and weighing only 330 grams (11.6oz) the release of the DA2 GNSS receiver brought with it lighter, faster, better positioning for Trimble’s suite of mobile applications. The changes it brought to SiteVision were along the same vein: increased GNSS satellite tracking alongside the inclusion of Trimble’s ProPoint™ GNSS technology opened up the world of hostile environments previously cut-off by GNSS limitations in the DA1 antenna, the integration of the softGNSS receiver inside the antenna and an external battery meant there is no longer a drain on your device’s battery, and a Bluetooth connection meant iOS support was possible.

With all the changes the DA2 receiver brought with it, the mounting options for SiteVision had to be updated. The Trimble SiteVision Integrated Positioning System cannot be used with the DA2, and so we have compiled a list of suitable mounting options below that our application engineers have used, ranging from Trimble’s universal mounting option to off-the-shelf 3rd party solutions.

Trimble has partnered with SECO to create a new bracket that can be used to mount a mobile device to a survey pole when using Trimble® SiteVision Software with the Trimble DA2 GNSS Receiver. The bracket can be used with any of Trimble’s 30mm survey poles, including the short pole for handheld use. It can also be used for any other  application requiring a mounting solution for connecting a phone or tablet to a survey rod. The bracket consists of a clamp with magnet plate, and a metal plate with adhesive backing. For ordering, part numbers are 130090 (Geospatial), 130090-HH (Construction) and TEDU-130090 (Energy). 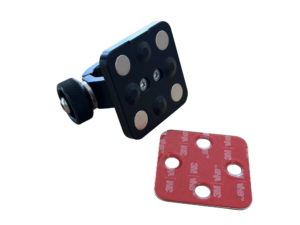 Quadlock offers cases with integrated mounting systems for phones from Apple, Samsung, Google and Huawei, as well as a universal mounting option. Pair these cases with the Quadlock Out Front Mount for cycling and a short Trimble range pole and you have a combination that can be handheld or attached to any range pole with a 5”8th thread: 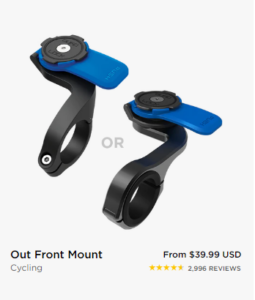 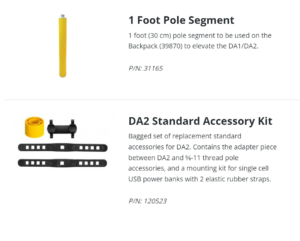 For mounting tablets such as the iPad Pro, the universal mount is a possibility. We have been successful using it on the iPad Mini, but have not yet explored this option with some of the larger models such as an iPad Pro. 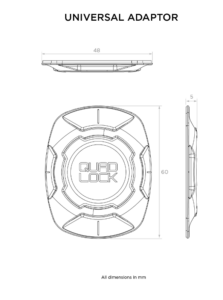 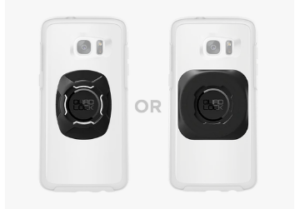 For additional comfort in a “build your own” handheld mounting system, bicycle grips placed on the base of the short Trimble range pole, such as the ODI Longneck Soft Grips provide comfort and stability for extended use. A key advantage of this mounting approach is that it can be pole mounted, for example using the Trimble 1.3m carbon fiber monopole (P/N 88142-01), or handheld. 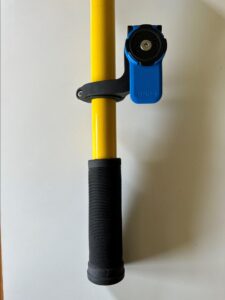 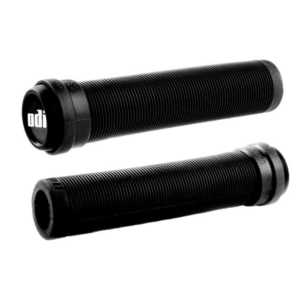 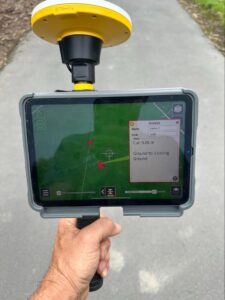