Posted by Trimble SiteVision on February 28, 2020

Applications are rapidly being adopted across the construction industry using Virtual, Augmented and Mixed Reality technologies.

This article explains the difference between the three technologies and their value to construction projects. 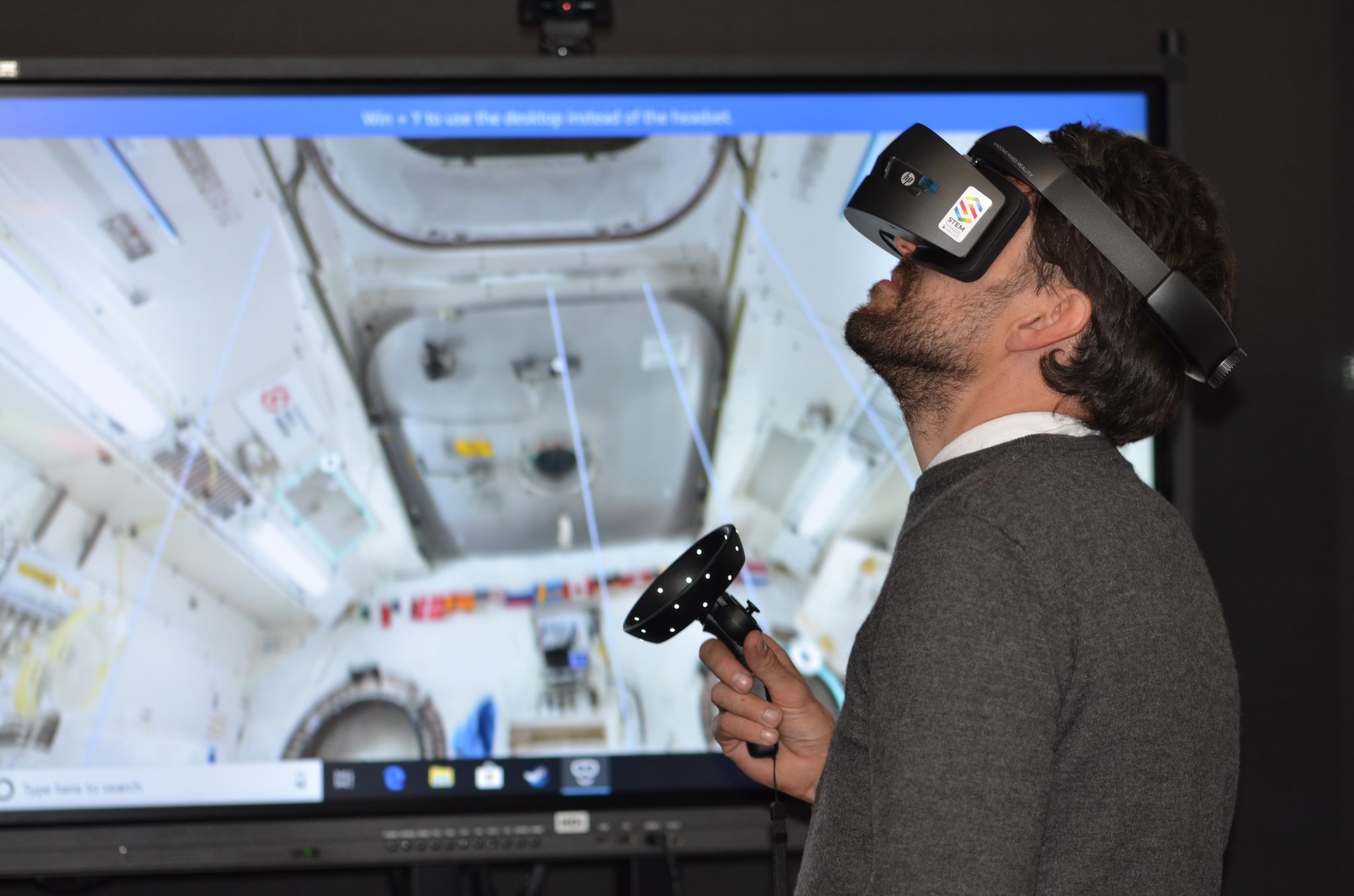 A user with a virtual reality (VR) headset and handheld controller

This same technology is now used for immersing clients into proposed designs to show the concepts being planned for client review and approval.

VR is an indoor technology suitable for the office presentations. Being fully immersive, it can create a great individual experience, but has the limitation that you cannot see the other people in the room you are interacting with, other than a digital representation in the VR environment. Additionally it is constrained to clear safe indoor environments because the user cannot see to walk around.

Virtual reality is a fully immersive experience, restricting the user to visualize only digital content.

Augmented reality (AR) is a technology now commonly available on smartphones and tablets. Using the mobile device screen and camera, you have a digital window into the world. AR uses a combination of visual odometry, a technique of tracking how images move across the screen as the user moves, and the accelerometers and tilt sensors to determine how the user changes their view; it positions the digital content relative to the image of the world, allowing you to see the digital content overlaid on the world where you are located. 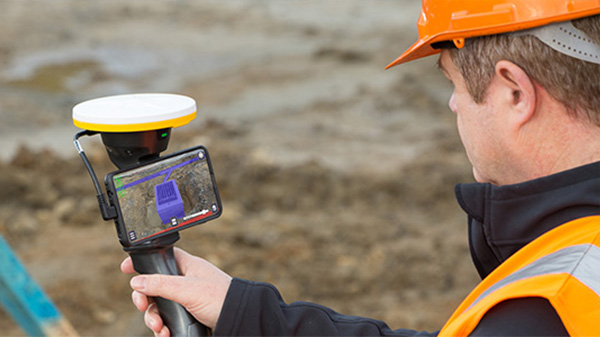 Augmented reality combines the physical and digital worlds together by overlaying design information into the user’s environment, typically via a mobile device.

Trimble SiteVision is an example of augmented reality – LEARN MORE >

In its simplest form, mixed reality (MR) is a head-mounted form of augmented reality. It uses a headset device that allows the user to see both the world and people around them, and the digital content being presented. 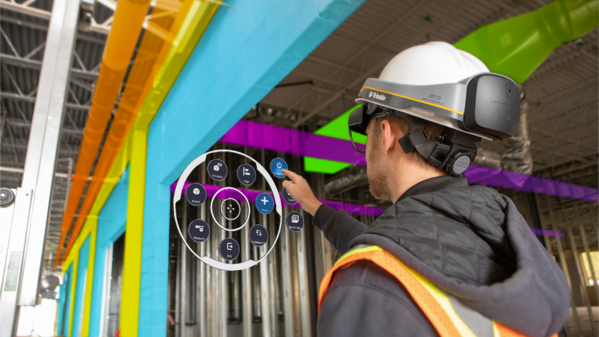 A user with the Trimble XR10 mixed reality (MR) headset

Key to MR is the headset’s ability to measure to the surroundings to determine where, for example, the user is in a room. This is done using a series of cameras and depth sensing using a time of flight (ToF) sensor. When compared to smartphones and tablets, the headsets allow a greater spatial separation of the cameras for better tracking of the surroundings.

Mixed reality recognizes its surroundings and allows the digital content to interact with the real-world in three dimensions.

What are they key differences?

Where is it best to apply the different technologies?

In the office for doing client presentations, all three are good options. VR has the advantage of being fully immersive which allows the application to control the whole environment that the user sees, but for collaborative work both AR and MR have the advantage that you can more naturally interact with the people in the room.

For working in a partially built building, or doing post construction operations and maintenance work, the mixed reality systems have some clear advantages. The mixed reality technology’s ability to track and understand the surroundings is better than the current AR technology, though this may change with the recent introduction of ToF cameras into mobile devices. Mixed Reality systems also have the key advantage of being hands free, allowing workers to conduct tasks, while being guided by the MR headset.

For outdoor applications AR technology has been the preferred technology due to its superior tracking performance outdoors, and the readability of phones and tablets outdoors compared to MR devices.

What are the benefits and applications?

Most people are visual learners. The XR technologies allow people to understand information that has formerly been complex to learn and understand, easily. This improves the ability to communicate complex designs, maintenance functions and things like the location of underground services.

The initial applications for XR technologies were communicating complex information simply, improving collaboration, sharing information from site to office, and speeding decision making. Capturing and sharing images and video was key to this first phase. As time progresses the range of applications are becoming richer and more integrated with mainstream tasks.

Examples of this in civil construction are the Trimble SiteVision system that allows survey grade accuracy data collection, measuring cut/fill between an AR model and the existing ground, and measuring between the models and the real world using GNSS or a built-in high accuracy rangefinder.

AR and MR help project teams understand the design in the context of the actual site, during planning and construction. VR enables stakeholders in the office to see proposed design, or with scanned site models, the actual job site conditions overlaid with the constructible model.

What are the challenges?

When Microsoft introduced the first HoloLens its adoption in the construction industry was constrained by the inability to use it with safety approved hard hats. 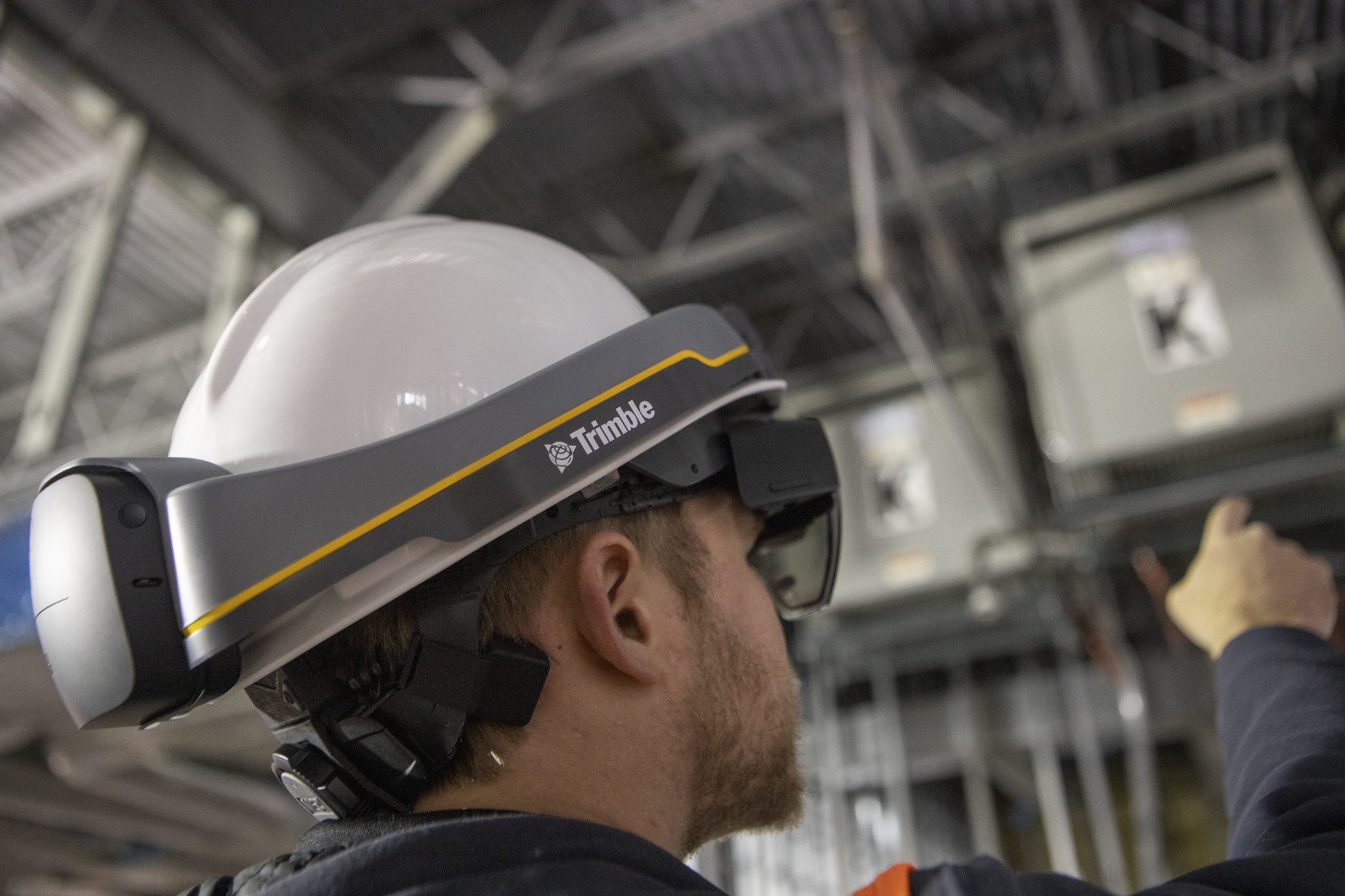 In conjunction with the release of the HoloLens 2, Trimble addressed this limitation, with the XR10. The XR10 is the only HoloLens 2 solution compatible with an industry standard hardhat and certified for use in safety controlled environments. For more information see Trimble XR10 with HoloLens 2

One challenge to combine the physical and digital worlds is how to position the model accurately. Indoors the common techniques are to drag the model to align with the real world or use QR codes to reference a room and area learning.

Outdoors this is more difficult. Trimble have solved this problem by integrating AR capable smartphones with a handheld centimetre accuracy GNSS in the SiteVision system. 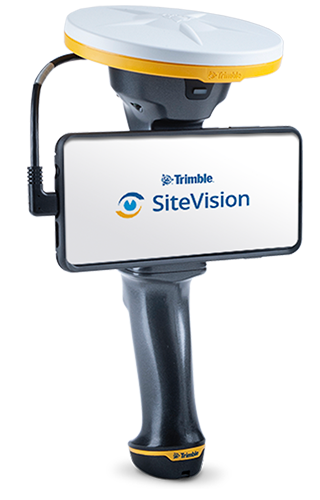